Dan Lilo (yet another alter ego) made his debut appearances at the Britannia Panopticon Music Hall this weekend just gone. He performed a routine based on Dan Leno's interpretation of the song "The Swimming Master", with new patter and choreography from myself.

Dan Leno himself performed at the Britannia before his death in 1904. He used his slight frame to comic effect in what was true burlesque, satirising the "strong man" acts and body culture of the age. 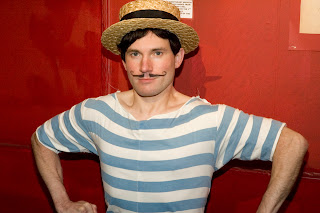 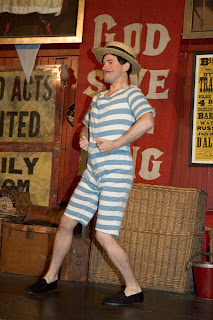 Photographs by Pete Thomason
Posted by Chris Young at 14:18