That was an enjoyable Fringe! (Only one point away from reaching the final of the BBC Poetry Slam. Maybe next year, if I can win a few more competitions/slams over the coming months...) As a punter (taking notes for devising my own show(s) next year), I didn't quite wear myself out but still didn't get to see half of what I wanted to.

But now, back to Glasgow. On Monday 1 September, I shall be featured writer at Words and Music @ Sammy Dow's (The Samuel Dow, 69 Nithsdale Road, Strathbungo G41 2AJ). It's also an open mic (without the mic) — sign up from 7.30pm, poetry starts 8pm, featured writer about 9pm, followed by featured musician then more open spots.

Last month, stalwart poet/musician Andy Fleming took some photographs of me, one of which you can see below to remind you what a serious poet looks like. 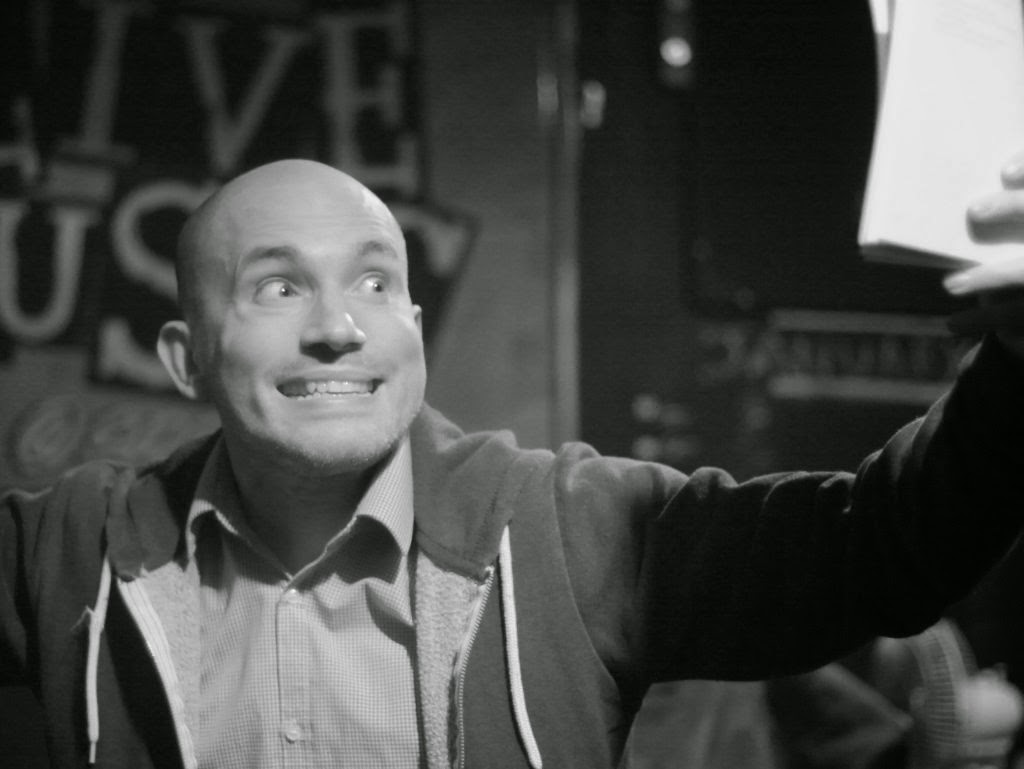